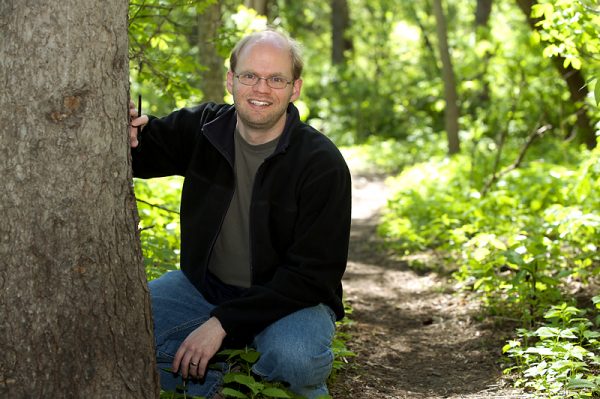 Growing up on a corn, soybean, and swine farm, Brian Aukema’s love for bugs, trees and the outdoors began early. At CALS, he took advantage of the wide variety of majors, emerging with two master’s degrees (in entomology and biometry) and a PhD in entomology. After completing his doctorate Aukema joined the University of Minnesota, where he runs a lab in forest entomology and enjoys teaching as an associate professor. Though he’s currently running with the Gophers, Aukema is still loyal to his Badger heritage. “Defending our choice of a ‘W’ in front of our house on football Saturdays” accounts for a large portion of his fall weekends, he says. 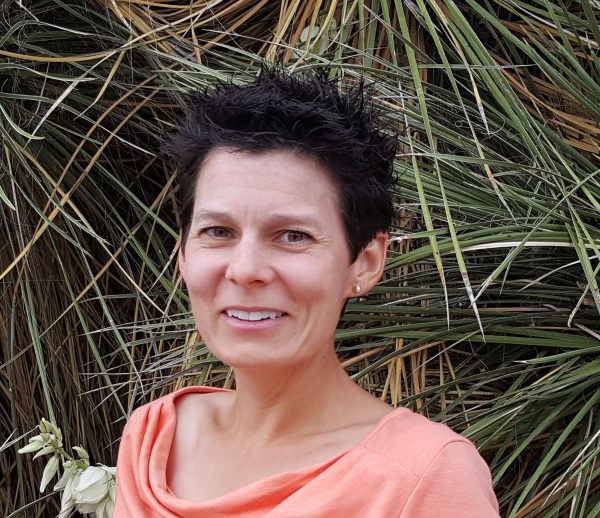 With a PhD in entomology followed by numerous postdoctoral research positions, Bennett’s passion for entomology remains strong. Her early research at CALS focused on conserving beneficial insects in urban landscapes, an area of study and practice she continues today as an urban IPM and small farms extension specialist at New Mexico State University. Her favorite part of her job is educating homeowners on how they can create a comfortable coexistence between people and bugs in order to benefit local landscapes, prevent harmful pests and protect valuable insect populations. Her job includes a lot of outdoor activities, but Bennett’s love for nature continues even outside of her career. In her free time she enjoys, hiking, biking, insect photography and tending to her family’s 30-acre tall grass prairie. 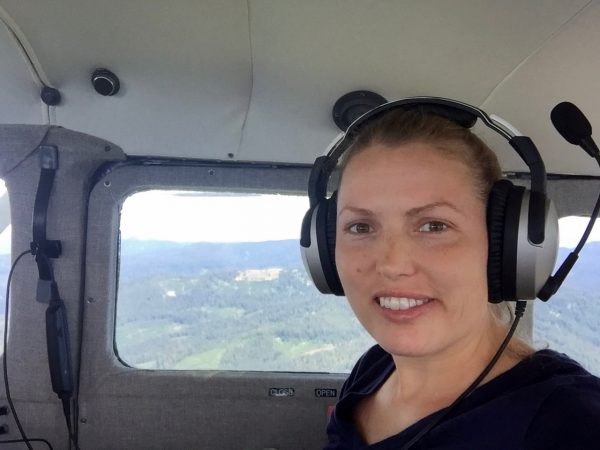 Christine Buhl discovered her passion for entomology as an undergraduate at Oregon State University. “There was a moment when I looked at a small, seemingly innocuous wasp under a microscope for the first time and saw a complex world of body armor, colors and textures, and just felt the need to explore more,” says Buhl. She came to Madison to earn her PhD in entomology and begin her diverse career path. Over the years she has worked for universities in Oregon, Texas and Wisconsin, with the U.S. Department of Agriculture, the U.S. Geological Survey, county public health departments, and various environmental consulting groups. Currently Buhl is back in Oregon working as the state forest entomologist at the Oregon Department of Forestry. Her main focus is providing technical assistance regarding insects and diseases found in urban and forest trees and conducting aerial and ground surveys of damage. 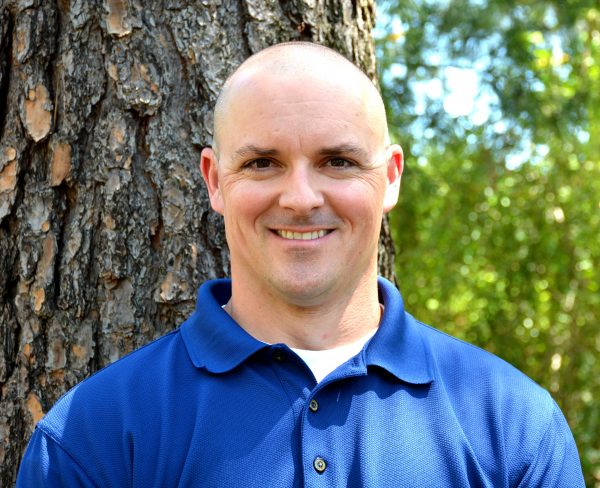 David Coyle directs the forest health and invasive species program for Southern Regional Extension Forestry, an agency that works to identify, prescribe and implement a mix of education and technical services to increase the efficiency of forestry programs throughout the southeastern United States. He also is a member of the forestry outreach staff in the D.B. Warnell School of Forestry and Natural Resources at the University of Georgia. From his home base in Athens, Coyle oversees the training of federal, state and local forest health professionals. Through this work, he ensures that forestry experts are informed and knowledgeable about the region’s plants, insects and diseases. 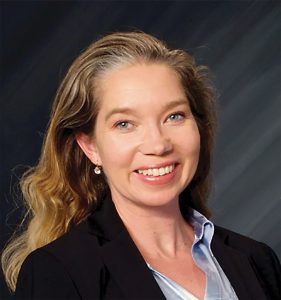 Elisabeth Gardiner began her training in entomology as a PhD student in CALS. “It was my hope that I could learn some really cool techniques in a lab focused on human biology and bring those techniques back to entomology,” she says. While at CALS she met her future husband, Anthony Orth PhD’00, and gave birth to their first child before completing her doctorate. During her postdoctoral fellowship with the Scripps Research Institute in San Diego, Calif., and her first industry job, Gardiner learned that her training in entomology could be directly applied to human biology, which unlocked a world of opportunity. Today Gardiner works as the chief science officer at Meditope Biosciences in San Diego, where she focuses on developing antibody therapeutics to target and eliminate cancer. 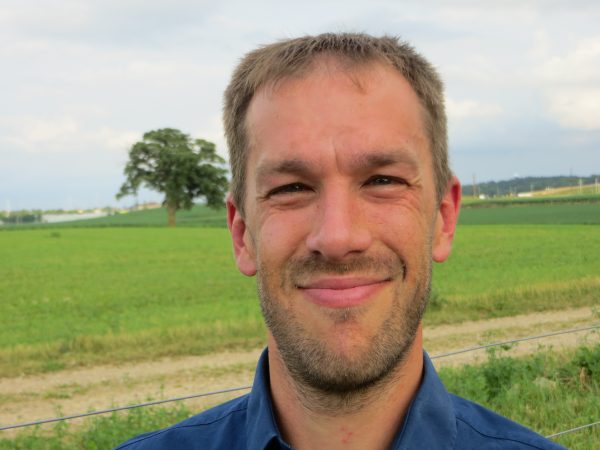 With a BS, a PhD, multiple research positions and postdoctoral work behind him, Michael Hillstrom has certainly put in his time at CALS. As a boy Hillstrom had always been fascinated with bugs, which made his decision to pursue a degree in entomology relatively easy. During his time at CALS he spent much his free time volunteering for the Insect Ambassadors outreach program, which brings bug “show-and-tell” presentations to schools and other venues, and eventually he was elected program director. Through the Insect Ambassadors, Hillstrom discovered a passion for education and outreach. The experience also solidified his love for insects and the outdoors. Upon graduation, Hillstrom took a position as a forest health specialist with the Wisconsin Department of Natural Resources. There he works in the diverse forests of Wisconsin to control insect and diseases across Wisconsin and serves as a public leader for insect management.

Patrick “PJ” Liesch—better known as Wisconsin’s “bug guy”—received his master’s degree in entomology from CALS in 2010 and worked as a research associate on campus. After Phil Pellitteri, the legendary king of insect diagnostics, retired in 2014, Liesch took on the position. As director of the UW–Madison Insect Diagnostic Lab, Liesch completes a variety of duties including communicating insect information to the public and acting as a bug identification guru to curious residents and businesses from all over Wisconsin. Liesch estimates that he tackles more than 2,000 cases per year. Liesch also serves as an instructor with the Wisconsin Master Gardener Program and the Wisconsin Pesticide Applicator Training program as well as with Farm and Industry Short Course. As part of his public outreach work, Liesch is a regular guest on Wisconsin Public Radio’s Larry Meiller Show.

Rachel Mallinger discovered her interest in insects as a biology major. An undergraduate research project involved pest control, which introduced her to entomology, a field that combined many of her passions. In 2009 Mallinger came to Madison, where she completed an MS in agroecology and entomology and a PhD in entomology. Mallinger is now doing post-doctoral work with the USDA as a research scientist in the sunflower entomology lab in Fargo, North Dakota. There she works with sunflower breeders in order to make the flowers more attractive to pollinators. When she’s not observing bees, Mallinger takes care of her six-month-old son, works in her vegetable garden and tries to squeeze in some of her earlier pastimes, including dancing, hiking and cross-country skiing. 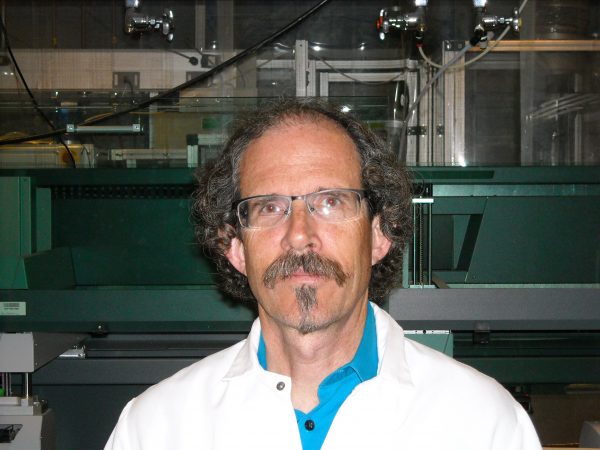 As an undergraduate, Orth was inspired by entomology professor Walter Goodman and proceeded to write an honor’s thesis about the work being done in his lab. “I learned resourcefulness, resiliency and independence of mind because it was largely just Walt and me and a few other students,” says Orth. He remained on campus and completed a PhD in entomology before discovering his interest in genomics. He also met his future wife, Elisabeth Gardiner PhD’00, and ventured with her to San Diego, Calif., where they both landed jobs focused on human biology. Orth works for Novartis, a multinational pharmaceutical company, where he sifts through the human genome seeking new therapeutic targets for human disease. Though his work today does not directly pertain to entomology, Orth says that the whole-organism CALS training he received was invaluable and that the methods he utilizes today directly relate to what he learned. 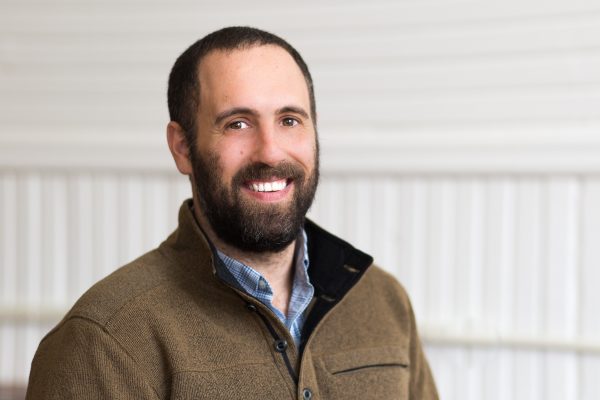 Ezra Schwartzberg is the founder and director of Adirondack Research, an ecological and environmental consulting firm based in Saranac Lake, New York. Established in 2012, the firm focuses on social science, climate change and invasive species. The company’s tag lines—“We use science to inform decisions” and “We communicate science to influence policy”—describe its mission to use science for decision-making and for policy. Schwartzberg originally began his career in academia, with degrees from multiple universities around the country. It wasn’t until his postdoctoral research work at CALS that he gained the confidence to break off and start his own business, he says.