Albrecht, a forester for the Department of Natural Resources in Shawano County for more than 30 years, oversees forest management on public lands and helps private landowners practice sustainable forestry. His duties include ensuring that trees are harvested sustainably and that areas are reforested. He also diagnoses tree diseases and fights forest fires. What fuels his passion? “The belief that every tree in every forest matters,” he says. Albrecht is a board member of the Wisconsin Agricultural and Life Sciences Alumni Association (WAALSA).

Low-impact logging, use of solar-heated kilns for wood-drying, and harvesting only diseased or windblown trees are central to business at Timbergreen Farm, which produces hardwood flooring and handmade wood products that are sold directly to customers. Proprietor Jim Birkemeier has long trained other Wisconsin woodlot owners in sustainable timber management. Now he’s taking his message around the world—stops include Ecuador and New Zealand—to help forest owners there earn a fair income and protect the remaining rainforests, he says.

Burrows serves as the chief technology officer and chief software architect of Ascend Analytics, a company that provides risk management models for energy companies. Such work may seem a far cry from forestry, but not according to Burrows, who minored in statistics and says his doctoral work using spatiotemporal statistical techniques in forests was good preparation for the work he does now. “Much of today’s forestry involves statistics,” says Burrows. “If you know how to use statistics, you have a broad ability to analyze and understand data, whether it’s in academic forestry or in the private sector.”

Hilliker spent much of his career as manager of land and water resources with Consolidated Papers, Inc. (CPI) and president of Wisconsin River Power Co., a hydroelectric company owned by CPI, Alliant Energy, and Integrys Energy. His duties included managing the federal relicensing of seven hydroelectric facilities on the Wisconsin River and planning for the eventual disposition of CPI timberlands in Wisconsin and Minnesota. Now nominally “retired,” he owns and runs two businesses, one a private consulting firm specializing in land management and real estate sales and the other, growing and wholesaling Christmas trees. 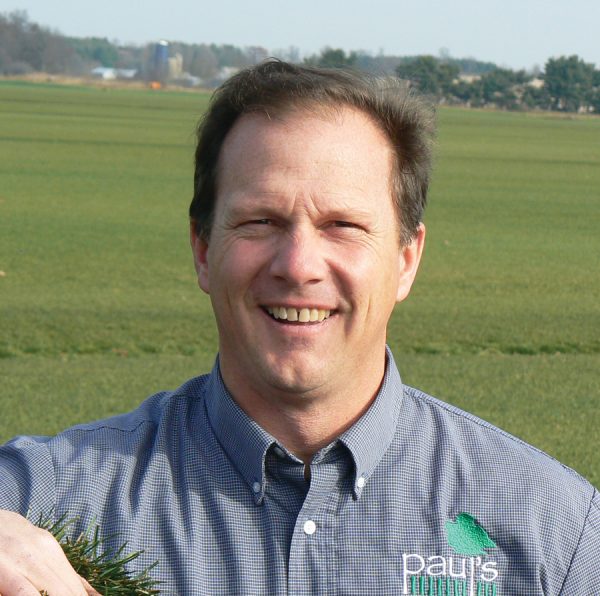 Huggett owns Paul’s Turf and Tree Nursery, Inc., which offers a mix of 200-400 acres of sod production, a 100-acre deciduous and evergreen tree nursery, and 200-400 acres of grain crops in rotation. “I am very blessed with good employees who allow me the freedom to run my business and not work it,” says Huggett, who in the mid-‘90s took over a family business that began as a mint farm in 1955. “Variety creates the greatest job satisfaction.” Huggett is current past president of the Wisconsin Nursery Association Board and has held board positions with the Wisconsin Sod Producers Association (including a term as president) and the Wisconsin Turfgrass Association Board. 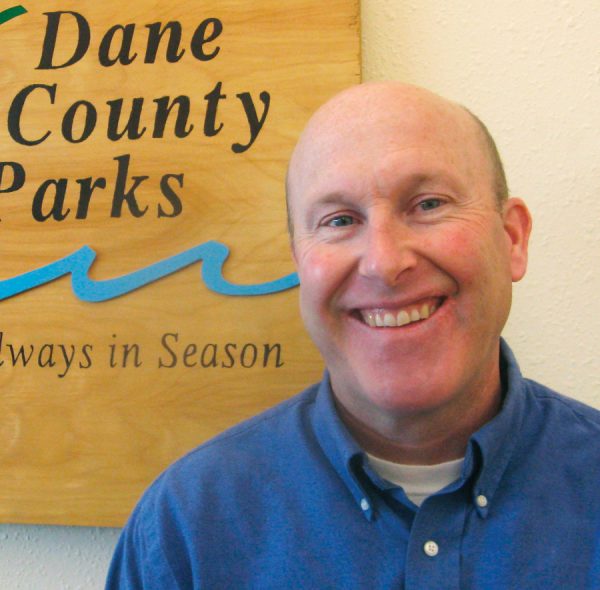 Dane County Parks Director Darren Marsh oversees more than 12,000 acres of parks and natural resource areas with some 1.25 million visitors each year. What you might not know: Dane County Parks was one of the first park programs in the nation to develop a dog exercise program (“Dog Parks,” 1994) and has a nationally recognized disc golf course at Token Creek Park. “I have a great job,” Marsh acknowledges. “I help people with special events ranging from large bike races, marathons, and music events to family reunions and youth activities. I really enjoy opportunities to restore and manage natural resource areas that include wetlands, prairies, and forests.”

Milligan (formerly Grosenick) oversees the timber/forestry program in Idaho’s Salmon-Challis National Forest, managing 1.8 million acres. She and her team use a variety of treatments to manage the forested public land, including prescribed burning, pre-commercial thinning, commercial timber sales, watershed restoration and wildlife habitat enhancement projects. “My favorite part of my job is working in some of the most beautiful places in this country and being responsible for ensuring that they are managed properly,” she says.

Morgan is a log marketing supervisor with Potlatch Land and Lumber, where he markets pulpwood, bolts, saw logs, and biomass harvested from 320,000 acres in Minnesota and Wisconsin. “The industry has gone through many changes, especially during the last 10 years,” says Morgan. “The name on the door has changed at many of the places that I’ve worked, often due to a changing global economy.” Over the course of Morgan’s career, those names have included Sappi Fine Paper, StoraEnso, and NewPage. While rolling with the changes Morgan remains firmly rooted in the northwestern woods of Wisconsin, which he came to know and love while growing up spending time at his parents’ cabin.

Nelson spent five years as CEO of the Asa Wright Nature Center in Trinidad and Tobago, where he was responsible for managing research and ecotourism on 1,300 acres of secondary tropical forest. Now he’s developing a regional master’s degree program in biodiversity conservation to help countries implement their national action plans in keeping with the Convention on Biodiversity. Four universities—the University of the West Indies, the University of Belize, the University of Guyana, and the Anton de Kom University of Suriname—will offer the degree.

Talbot serves as marketing and environmental communications coordinator for Glen Oak Lumber & Milling, a national hardwood millwork manufacturer headquartered in Montello. Much of her work involves meeting the challenges of a rapidly changing wood fiber market, she says. Glen Oak has implemented a zero-waste policy on wood fiber delivered to their facilities and now redirects all of their former waste into bagged animal bedding, industrial biofuel or heating their facilities. “With the economic collapse of the housing market and subsequently, the wood products industry, our diversified product lines have been a great asset,” Talbot says. “Five years ago, I never would have thought that sawdust/residuals could become such a valuable and diversified product line.”

As a fire management officer for the Colorado State Forest Service, Wasielewski helps local governments prepare for and respond to wildland fires. Her zone covers approximately one-third of the state. She responds to wildland fires on request if they become too complex for local jurisdictions to handle, but much of her job, she says, is to help those local governments prepare before fire occurs. Her experience at CALS gave her a higher expectation of foresters than some of her colleagues, she notes. “While we commonly joke that ‘We’re just a bunch of foresters, we can’t change government,’ I argue that foresters are on the front line of influencing landowners, implementing government policy, and spending taxpayer dollars effectively.”

Werner is director of the Madison-based John Muir Chapter of the Sierra Club. The work is very different from her previous position as a forest entomologist with the Pennsylvania Department of Conservation & Natural Resources—and from her doctoral research on ground beetle biodiversity—but she relishes the opportunities her job offers for meaningful change. “My most satisfying moments are when I can tell we’ve made a key difference on things that matter,” she says.

Catch up with Richard Hofstetter, who’s getting attention for his startling work using music to ward off pine beetle attacks. More in “A Bug in the System.”

These 12 alumni represent the depth and breath of CALS graduates’ accomplishments. Selections for the list are made by the Grow staff and are intended to reflect a sample of alumni stories. It is not a ranking or a comprehensive list. To read more about CALS alumni, go to dev.cals.wisc.edu/alumni/

Know someone who should be in the Grow Dozen? Email us at grow@cals.wisc.edu