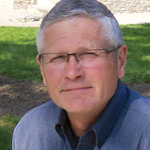 Tom Blackwood enjoys parks so much he decided to live in one. As the superintendent of Door County’s Peninsula State Park, Blackwood resided in the park’s “state house,” with his wife, Joan, and their two children, Sarah and Matt  — fortunate to call Wisconsin’s most popular camping destination their backyard for 23 years. Blackwood was drawn to a career in parks by his inherent curiosity in the unexplored. “I was always enamored with ‘what was out there,’ the roadless patches on the state map — all those beautiful, natural areas,” Blackwood says. His time spent at UW–Madison began as an undergraduate majoring in psychology but took a quick and meaningful turn after graduation. Involvement with the Department of Forestry and the Department of Wildlife Ecology (now merged as the Department of Forest and Wildlife Ecology) led him to pursue a master’s degree in recreational resources management. Post graduation, Blackwood built his resume through seasonal positions at Effigy Mounds National Monument, Apostle Islands National Lakeshore, and Wyalusing State Park, after which he was accepted into the Park Manager Trainee Program with the Wisconsin State Park System. “The rest is history,” he says. Blackwood retired from Peninsula State Park in 2010 after celebrating its 100th anniversary. Though officially retired, he still spends much of his time hiking, biking, and skiing the trails of Door County and serving on the board of directors of the Door County Land Trust. During the summer months, he shares his extensive knowledge of the area’s land, water, wildlife, and history giving group boat tours on the bay and its islands. 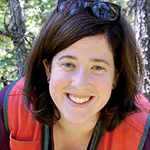 Originally from Oak Ridge, Tennessee, Claire Campbell describes herself as an energetic and outdoorsy child. “I was always the kid that was out playing in the woods,” she says. “From bugs and plants to my first summer job flipping rocks in streams and chasing salamanders for a species inventory in East Tennessee, I was fascinated by the big picture — how and why do our natural systems end up the way that they are?” Her love for the outdoors led her to complete her undergraduate degree in earth and environmental sciences at Furman University. In addition to her studies, Campbell interned on a local farm where she studied soil carbon management and volunteered for Grand Canyon National Park. “I came to love the complexities of how soil forms, how we manage it, and what options exist to protect soil systems,” Campbell says. She then came to UW–Madison to reinforce her passion with a graduate degree in soil science. She explored the role of nutrient management and agricultural efficiencies in healthy soil, which was integral in helping her realize her desire to work in the public sector. Campbell set her eyes on a job with the U.S. Forest Service and received an offer from Montana’s Lolo National Forest the same day she defended her master’s thesis. Since moving to Montana, Campbell has enjoyed checking off adventures in her 600-page book of hikes and backpacking trips near Missoula. Her favorite thus far is a bike ride up Going to the Sun Road in Glacier National Park. 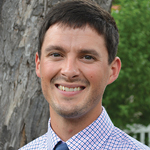 Is your tree in need of a checkup? Certified tree doctor and UW–Madison graduate Ethan Lee may be able to help. Born and raised in Wisconsin, Lee attended UW–Rock County, where he spent three years studying mechanical engineering before transferring to UW–Madison and ultimately majoring in forestry. Upon graduating, Lee chose to give back to his childhood community by using his skills to enhance Janesville parks. He accepted a job as the parks and forestry coordinator for the City of Janesville Parks Division. He is also an International Society of Arboriculture (ISA) certified arborist. Lee’s day-to-day work schedule is anything but consistent, with tasks ranging from individual tree assessment and forest health to installing new playgrounds and engaging in community outreach. “I feel extremely lucky and honored to go to work every day with a smile on my face and look forward to all the new challenges,” Lee says. “I love my job and my community, and for that, I am very grateful.” 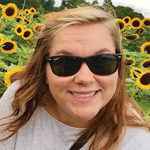 Communications may not be the first field that comes to mind when you think of careers in Rocky Mountain National Park, but it’s reality for Jill Peters. She grew up on Sand Island, a part of the Apostle Islands National Lakeshore, where she was immersed in the outdoors from a young age and gained a deep appreciation for the natural world. When it came time to choose a degree, Peters was stuck between pursuing her knack for writing, photography, and outreach and her passion for science and the outdoors. Thankfully, she found the perfect marriage of her interests through the life sciences communication major at UW– Madison. After graduating, Peters headed straight to Fire Island National Seashore along the coast of Long Island, New York, where she explored both research and communications positions. In May 2017, she applied and was accepted as the new biological science technician at Rocky Mountain National Park. Here, Peters has been able to continue her multifaceted career by participating in and communicating the latest scientific research in one of the planet’s most picturesque places. “Getting to be in the mountains, participating in all sorts of science research, and then playing a role in making the complexities of that science accessible to the public is a challenging and rewarding experience,” Peters says. “It’s truly the best of both of my passions.” 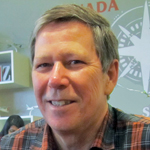 Recognizing his interests in nature and recreation, David Powell created his own undergraduate degree program at Carleton College to prepare him to pursue further education in outdoor design. Upon graduation, Powell headed to UW– Madison to obtain his master’s degree in landscape architecture and kick-start his career. With this education to guide his craft, he returned to Canada, settling in Saskatchewan to work as the chief landscape architect for the province’s Parks Service and eventually opening his own landscape architecture firm. Powell has worked in private practice for more than 25 years and shows no sign of slowing. The reward of creating living landscapes and watching them grow and change over time keeps Powell energized and inspired. In the midst of his success, he recognizes his time in Madison as his design awakening. “UW–Madison exposed me to ways of understanding and appreciating natural systems, which have forever framed the way I look at the world,” Powell says. 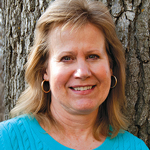 As the Ice Age National Scenic Trail manager for the National Park Service, Pamela Schuler works with public and private partners to oversee and carry out federal requirements to plan, acquire land for, develop, and interpret the 1,200-mile Wisconsin trail. Schuler became involved with the Ice Age Trail as a horticulture major working as an intern through the Department of Landscape Architecture. Upon graduation, she gained recognition for developing the trail through various positions with the Wisconsin Department of Natural Resources, which led to her current position. Though she began as a landscape architect, Schuler stresses how much collaboration and community involvement are required to build and maintain the trail. Her life’s work continues to pay off in a beautiful and visible way. “The Ice Age Trail reaches into communities to bring urban residents and children out into nature, provides an outstanding hiking experience that educates the public about our glacial past, and restores ecosystems along its footpath while connecting public lands across the state,” she says.

Jon Adams-Kollitz’s interest in urban parks has taken him around the world. While pursuing his undergraduate degree in landscape architecture at UW– Madison, he took advantage of every possibility he could. “I was floored by the sheer amount of options and possibilities UW offered,” Adams-Kollitz says. He focused his studies on architectural history and cultural geography and later became involved with Madison’s sustainability organization, Sustain Dane. Upon graduating with his BSLA, Adams-Kollitz spent the summer in St. Petersburg, Russia, and Washington, D.C., inventorying and documenting historic landscapes for a survey. After launching Formecology, an ecological/ artistic design build firm in Madison, he continued his education at the Royal Institute of Technology in Stockholm, Sweden, where he focused on sustainable urban design. In 2007, Adams- Kollitz settled in Burlington, Vermont, where he works as the parks project coordinator for the Parks, Recreation, and Waterfront Department. He is now focused on designing and implementing an ecofriendly and universally accessible playground and on rehabilitating Burlington’s iconic eight-mile waterfront bike path, efforts that earned him the first ever Mayor’s Award for Innovation in 2016.