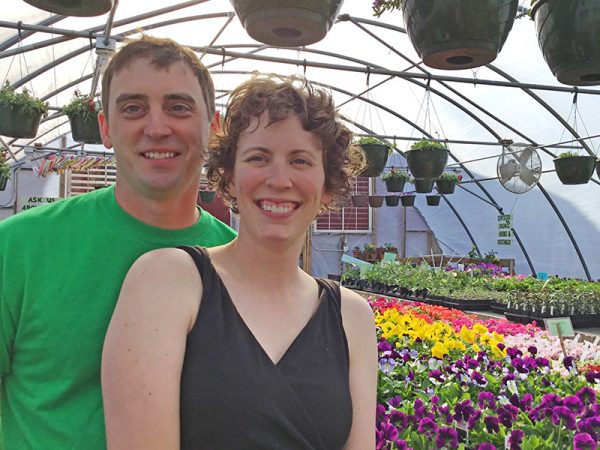 For Katherine (Kate) and Tyler Rowe, the most influential part of their CALS experience was their Horticulture 122 lab section, where they first met and later became a couple. Besides their enduring partnership, CALS gave them many of the skills they rely on to run their business, Burr Oak Gardens, LLC, a certified organic vegetable farm and retail greenhouse in Rio, Wisconsin. “We are constantly using information we gained from plant pathology and entomology courses,” says Kate. About a year after graduating with degrees in horticulture, Kate and Tyler pursued their dream of forming a community-supported agriculture farm, or CSA. “We believe that everyone should have access to locally grown produce; and as farmers, the ability to know the customer and form a solid relationship based on respect and understanding was key to our decision to start Burr Oak Gardens,” says Kate. Named after its resident 300-year-old burr oak, the farm has three traditional greenhouses for starting crops, a stationary high tunnel to house plants before they’re transferred outside, and a portable hoop house to extend the growing season. These facilities are a rich source of satisfaction for Kate, who has a passion for watching seeded trays become a lush, flower-filled greenhouse, and Tyler, who finds nothing more gratifying than a freshly worked field lined with new transplants. With 18 acres of land, the Rowes have room to leave some fields under cover crop each year to build up organic matter in the soil and rotate crops to counter disease and insects. “In 2014, we began installing swales — low tracts of land — to help with erosion issues,” Kate says. “And we plan to install grass waterways and other more permanent erosion controls.” 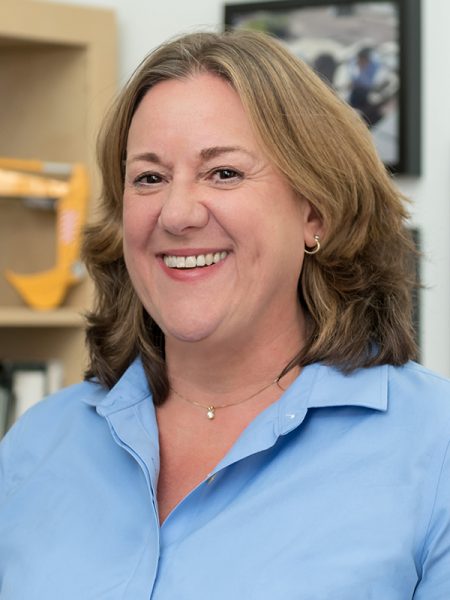 Annette Wilkus was working at a greenhouse in high school when a landscape architect recommended their profession to her. “It was total happenstance,” says Wilkus, founding partner of SiteWorks, a specialty landscape architecture practice based in New York City. “But once I got on a construction site, I was sold.” Wilkus earned her CALS degree in landscape architecture, and she found her instructors to be valuable mentors who influenced who she is today. “I learned to listen and collaborate in a studio setting, which is why our office is organized as a studio,” she says. Wilkus launched SiteWorks in 2005 after seeing a need to bridge the communication gap between designers and contractors. “My practice is focused on construction versus design because I realized early on in my career that my talents were in project management and the technical aspects of the profession.” SiteWorks is a niche landscape architecture firm, working closely with design landscape architects to realize their visionary landscapes, such as the High Line, Governors Island, and Hunters Point South in NYC. “Seeing a design come to life is really what fuels me,” she says. “And I love working with younger professionals and teaching them about construction — bringing them onto sites, showing them the nuances of collaborating with designers, construction managers, and contractors.” Getting others excited about her craft is a big reason why Wilkus loves what she does. 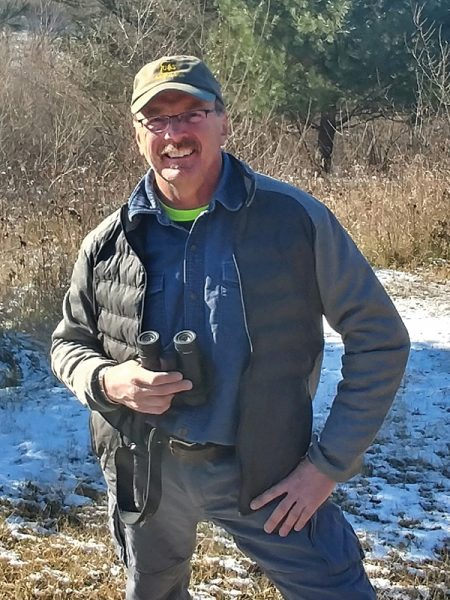 As the owner of Stephenson Tree Care, Inc., John Stephenson wears many hats, including bookkeeper, mechanic, and urban forester. And when it comes to big tree removal and working with climbers, cranes, and pulleys, he puts on another hat (or helmet) as a safety expert. “I am actually a risk manager first and a contractor second,” says Stephenson, a trained resource manager who graduated from CALS with a degree in forest science. With a home and family in Madison, Wisconsin, and an affinity for working outdoors, he decided that starting his own business in urban tree care was the right fit. “CALS gave me the confidence to be able to pretty much troubleshoot any problem I encountered along the way as a business owner and an urban forester,” says Stephenson. “CALS extends way after graduation in that the collegial network and atmosphere of the school is only an email or phone call away. The networking never ends, and the payback is always present.” His typical work includes tree removal, pruning, insect and disease diagnosis and treatment, cleanup after summer and winter storm events, and consulting in urban wood utilization at the USDA Forest Products Laboratory. “After nearly 20 years of this, it never gets old,” Stephenson says. “And seeing my clients happy and my crew enjoying the challenges of their jobs makes this very rewarding.” He is also active in local and regional urban wood utilization efforts for salvaging and marketing logs into lumber. “So maybe a second career could be starting,” he says. 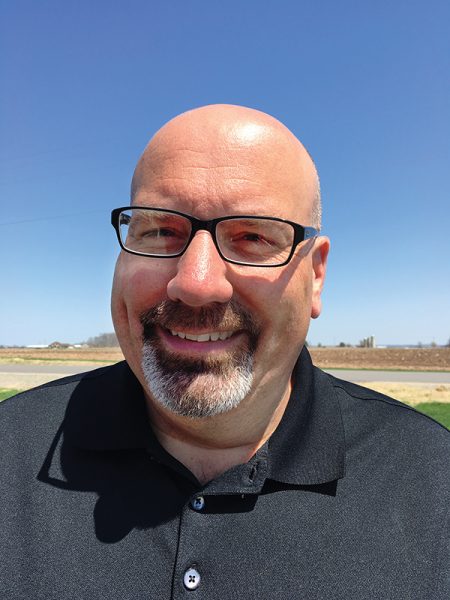 A fifth-generation farmer, Todd Willer says agriculture runs in his blood. “It’s what our families do. I was born a farmer,” he says. As a child, he showed cattle and worked on his dad’s farm. He still enjoys the farm today, but the scope has expanded. Willer is partner and vice president of operations for Milk Source, LLC. Headquartered in Kaukauna, Wisconsin, the company operates numerous farms across the Midwest that focus on premier animal care, sustainability, employee development, and community partnerships. “When I went to CALS, I took a trip with the dairy science department to California to see large dairy farms in the late 1980s,” Willer says. “That fueled a passion in me to get into the expansion of the dairy industry in Wisconsin, which — at the time — was at the leading edge of becoming more modernized.” Willer says his bachelor’s degree in agronomy provided the perfect nexus for his passions. “It touched on agronomy, animal science, soil science, plant science, economics, and business — all of which I use on a regular basis,” he says. At Milk Source, Willer is responsible for managing all facilities, maintaining structures and machinery, ensuring environmental compliance, and overseeing the design and construction of future farms and capital improvements.

EDITOR’S NOTE: We are sad to report that Chris Blanchard passed away in late October 2018. From a tribute to Chris, written by his wife, Angie Sullivan, and friend, David Bacchuber: “Chris helped to chart the path for what farming can look like going into the future. He lived in a constant state of learning and teaching. He wanted his community to live balanced lives filled with hard work for a clear purpose, all in the name of healing the planet. Chris was a light in the world. We love him and we will miss him dearly.” 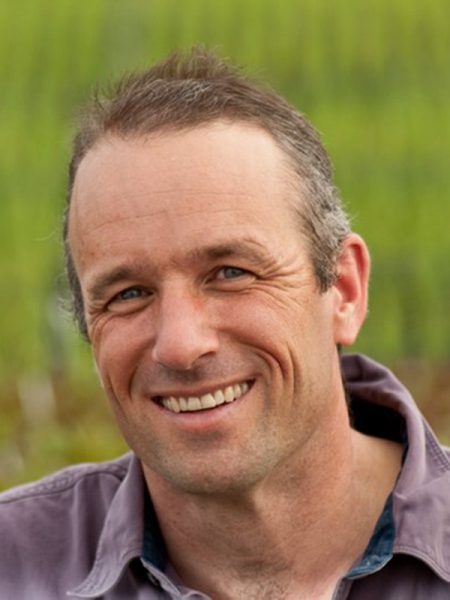 Chris Blanchard’s career in agriculture began while studying liberal arts at Deep Springs College in California, where he also worked to maintain the college’s vegetable garden. After realizing his knack for farming, Blanchard reevaluated his career path, which led him to CALS, where he earned his horticulture degree. He was particularly drawn to the college’s potato breeding program, where he enjoyed preserving genetic diversity. In 1999, Blanchard started Rock Spring Farm, a family-owned, certified organic farm in northeast Iowa. Equipped with mobile greenhouses for growing year-round, Rock Spring became well known for its high-quality produce. It grew quickly, marketed through a community-supported agriculture model, food stores, and farmers markets. In 2013, Blanchard closed the farm to focus on another venture: Purple Pitchfork, a one-stop shop for advice and education for farmers and farm businesses. Blanchard’s workshops, writing, consulting, and podcasts focused on farm business concepts, food safety, and organic vegetable production, among other topics. He gained a national reputation for fresh approaches, down-to-earth information, and honesty. And the significance of his company’s name? “Everybody uses a pitchfork at some point in farming,” Blanchard says, “whether it’s to spread mulch across a garlic field or to pitch hay for the sheep. We decided that made a fitting symbol for the big tent we are seeking to build in the organic, sustainable, and local community. Plus, purple is just a cool color.” 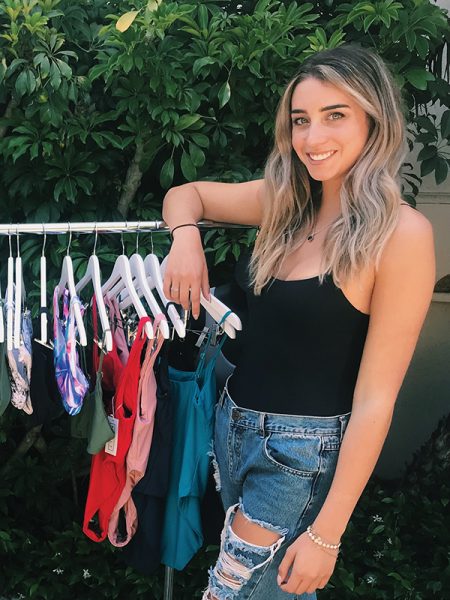 Jordan Robbins’s concept for a swimwear company that helps people find their confidence began just two months before graduation. “I had no idea what I wanted to do but had this idea for a blog about body image issues,” says Robbins, who played varsity volleyball at UCLA and then UW–Madison after transferring. She grew up in Southern California, where she “basically lived in a bikini” but always felt self-conscious because she has scoliosis, a curvature of the spine. She wanted to face her fears head-on by diving into an industry that evokes anxiety and stress in her and others, and her blog notion morphed into an idea for a brand. “The main goal for REVLY is to empower women to be the best versions of themselves and uplift those around them,” says Robbins of her California-based company. With a degree in life sciences communication (LSC), Robbins is well equipped with the skills she needs to market her product. “[LSC instructor] Don Stanley [MS’00] was great at helping me focus my thoughts and turn an idea into a reality,” she says. “I apply a lot of what I learned in CALS to my marketing strategies for REVLY.” Robbins’s duties include more than just leading the company. She designs and markets the products, coordinates promotional events, and handles customer service. “There is so much that goes into running a brand that it tends to get very overwhelming,” says Robbins. “Staying on top of my to-do lists and not getting too stressed out is definitely one of the hardest parts.”

The CALS graduates highlighted here represent the depth and breadth of alumni accomplishments. Selections are made by Grow staff and are intended to reflect a sample of alumni stories. It is not a ranking or a comprehensive list. This is the third and final part of a special series on CALS graduates who have gone on to become entrepreneurs. Read more about CALS alumni.