Brabbit served as a Peace Corps volunteer specializing in agro-forestry in rural southeastern Paraguay, an area she found quite similar to where she’d grown up in Wisconsin’s Driftless region. In partnership with a local nonprofit and other agricultural organizations, Brabbit assisted in establishing a community tree nursery, planting trees for firewood and restoring endangered tree species—but some of her most meaningful intercultural experiences were spent gardening and baking with her neighbors. Brabbit now works in Winona, Minn., at a nursery specializing in native grasses, wildflowers and trees that are sold to gardeners and organizations restoring prairies throughout the country. Her passion for nature extends beyond her career. When she is not training for her first marathon, Brabbit enjoys foraging and making natural products out of what she finds.

“Growing more for less” was the goal of Jeffrey Davis and the farmers of Senegal whom he served as a Peace Corps volunteer. During his service Davis applied his CALS education in agronomy to production practices and played a role in the development of improved varieties of maize, sorghum, rice and other crops. Davis had wanted to join the Peace Corps since high school and remains grateful for the preparation that CALS gave him, especially in strengthening his technical expertise. In particular, a course called “Cropping Systems of the Tropics” sparked his interest in learning how to produce food in varying climates, knowledge that proved invaluable while in the Peace Corps. Davis now works at the Louisiana State University AgCenter, where he works to develop and implement soybean varieties, especially those that are resistant to insect pests.

As a Peace Corps volunteer in Bolivia, Dockry helped local university agriculture students with their field trials and studies. He found his work there so gratifying that he extended his service, spending his third year coordinating resource management plans for communities surrounding central Bolivia’s Amboró National Park, a nature reserve with more than 800 species of birds and 125 species of mammals, including puma, ocelot and the rare spectacled bear. Now based in Saint Paul, Minn., as a research natural resource specialist with the USDA Forest Service, Dockry regards both his CALS education and his Peace Corps service as instrumental to his career. In particular, his Peace Corps service instilled in him the ability to work with a range of diverse perspectives in a common effort to address environmental challenges. 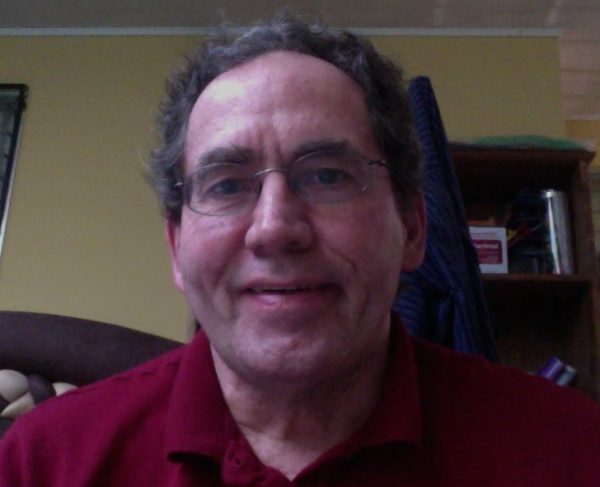 Dean Jefferson recalls how the civil rights movement and the Vietnam War greatly influenced the thinking of many students on campus during his undergraduate years—and he was no exception. The Peace Corps provided Jefferson the means not only to apply his agricultural skills, which he had developed growing up on a small farm, but also to serve international peace. While in the Peace Corps Jefferson completed a study of farmers involved in an irrigation and land reform project, served as an agricultural extension agent to a local farm, and worked with the Salvadoran Department of Natural Resources. Jefferson left his service in Costa Rica with a wife, proficiency in Spanish, and a deepened appreciation for an international perspective on politics, the economy and the environment. His career has encompassed a variety of jobs within and outside of agriculture—he recently retired from Madison College—but he remains rooted in his farming upbringing.

Emilie Justen was raised on a dairy farm and continued to pursue her interest in agriculture as a horticulture student at CALS. Through the guidance of an adviser who was a former Peace Corps volunteer, Justen recognized the Peace Corps as an effective means to pursue and apply her agricultural skills and education. In Guatemala she served as an agricultural extension agent and assisted in the development of a flower nursery for a local women’s group. In her current position with the Minnesota Department of Agriculture, Justen works to eradicate noxious weeds and help landowners become better land stewards. Her time as a volunteer instilled in her the confidence to take risks and the realization that serving her community must always be at the core of her career, she says.

Mariah Leeseberg was first introduced to the Peace Corps at a CALS Career Day event and was intrigued by the opportunity to explore a foreign country’s environment, animals and culture. She was sent to the exotic island of Madagascar, where she had the not-so-exotic task of overseeing the construction of 10 pit latrines and three wells. She also helped organize a youth camp that promoted discussion of HIV/AIDS, environmental concerns and career goals. Her work thereafter has included surveying fish, plants and animals in Alaska and elsewhere. Today she works for the Alaska Department of Fish and Game, where she is involved in efforts to survey sport fishing boats.

Drawing on his degree in agricultural and applied economics, as a Peace Corps volunteer Aaron McKean worked alongside a microfinance bank that served primarily small businesses and farmers in Lankaran, a city on the Caspian Sea near the Azerbaijan–Iranian border. He also helped establish a soccer camp for girls and assisted students in applying for study abroad programs. His time in the Peace Corps solidified his desire to pursue a law degree, which he is currently doing at the University of Wisconsin Law School. As a reflection of his agricultural and legal interests, McKean hopes in his final year of law school to explore rural and urban land use. Having grown up on a farm, McKean is especially interested in how law can be applied to helping preserve natural resources.

As a Peace Corps agribusiness advisor in the village of Besongabang in Cameroon, Caroline Reddy is working with an agricultural cooperative to renew its fair trade certification for the production and sale of coffee and cocoa. Reddy is also surveying, mapping and testing wells in a water supply and use project. Recently she taught a group of high school students a course in entrepreneurship that had them researching and developing business plans. Alongside her work, Reddy enjoys learning to cook traditional Cameroonian dishes as well as swimming in and exploring the country’s beautiful rivers and waterfalls.

Organizing a women’s leadership camp, establishing a library for students and planning a science curriculum workshop for local teachers and principals were some of the activities Marian Weidner engaged in during her Peace Corps service. Weidner was inspired to join the Peace Corps after taking courses from Jack Kloppenburg, now an emeritus professor of community and environmental sociology, who had served as a volunteer himself. Her Peace Corps experiences continue to shape her career. She works in San Francisco for an open-access publisher of science and medicine articles, reflecting her interest in increasing public access to knowledge and information.