In January Chris Barrett began a new position as the David J. Nolan Director of Cornell University’s Charles H. Dyson School of Applied Economics and Management, whose undergraduate and graduate programs rank in the top five nationwide. Barrett takes on that leading role in educating applied economists at a crucial time for the field, he says, citing global challenges posed by the rapid growth in demand for food, feed, fuel and fiber. As a CALS graduate student Barrett found a collaborative network of scholars and practitioners who have been formative in his success as both a teacher and a scholar. Among Barrett’s experiences as a CALS student, he fondly remembers enjoying Babcock ice cream with his children while watching the UW Marching Band practice. 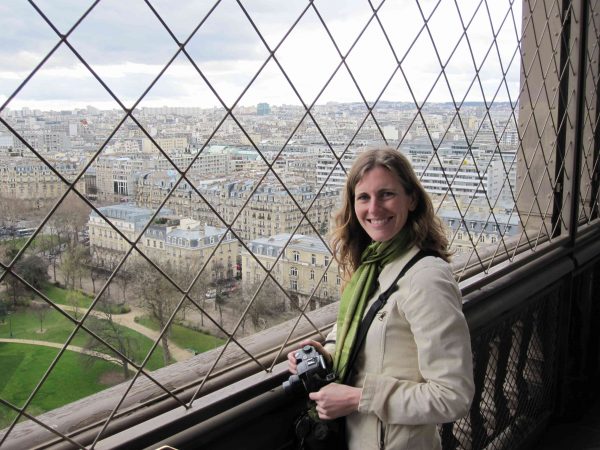 Jessica Bateman’s experiences at CALS, which included a health and nutrition Study Abroad program in Uganda and a course called World Hunger and Malnutrition, were formative in her decision to pursue a career in agricultural economics. Today Bateman is the nutrition technical quality coordinator for Mawa, a USAID-funded Feed the Future project with roots in Zambia. Collaboration with her Zambian colleagues and interacting with communities in the field are the most rewarding aspects of her career, she says. Bateman’s role in developing community-based approaches to improving nutrition allows her to witness small changes that greatly benefit the health of children, in particular. Those approaches include promoting consumption of locally produced foods, cooking demonstrations and training field staff in nutritional lessons for community outreach. 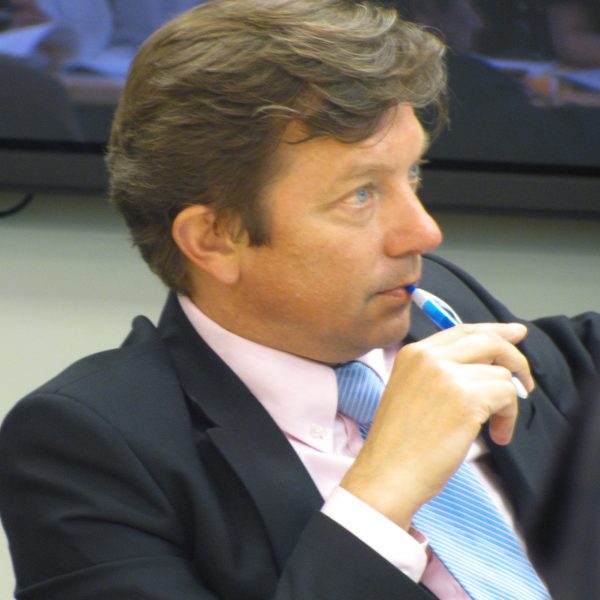 As a Washington, D.C.-based lead economist with the World Bank in the department of poverty reduction and economic management, Rogier van den Brink works on economic policy and related concerns with a number of countries in Southeast Asia, his region of interest. Recently he helped establish a multimillion-dollar budget in support of relief operations following Typhoon Haiyan in the Philippines. Now a Distinguished Alumni Lecturer with UW-Madison, van den Brink became aware of the “special powers” of agriculture in reducing poverty while a student at CALS, he says, a lesson that his career continues to affirm. When he’s not working, van den Brink pursues music production, an interest he discovered at Amy’s Cafe and Bar in Madison. Sometimes he mixes work and pleasure, most recently when he recorded an album, “Zsa Zsa Exactly,” while in Mongolia. Proceeds from the album will go to Typhoon Haiyan relief efforts. 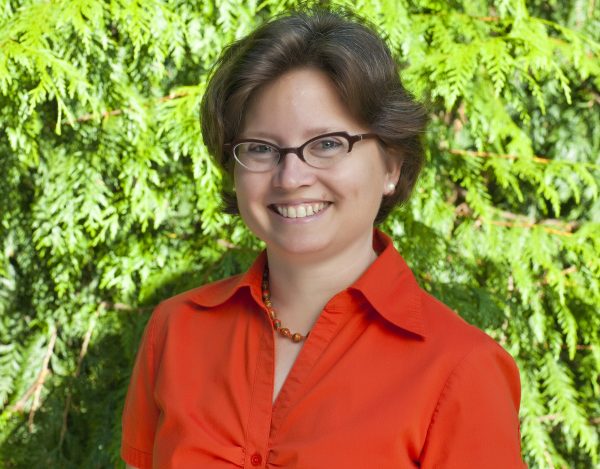 China, Colombia, Russia, Peru and Uganda are just some of the places in which Diana Fletschner has had the opportunity to work. Fletschner serves as senior director of research, monitoring and evaluation for the Seattle-based NGO Landesa, which works to secure land rights for the world’s poorest populations. Fletschner’s role includes evaluating projects, fostering a network of professionals aimed at strengthening women’s land rights, and supporting national and international advocacy of land issues. For Fletschner, being a CALS student served as a platform for exploring new experiences from around the world as well as the opportunity to build formative relationships with “mentors with a capital M,” as she puts it.

Henry C. Taylor, the first chief economist with the USDA, was a Badger—and today another alum, Joseph Glauber, holds that title. Glauber’s duties include preparing the department’s agricultural forecasts and projections as well as advising the Secretary of Agriculture on the economic implications of agricultural legislation. Time spent around the chalkboards discussing and debating economic issues belongs to Glauber’s fondest memories of CALS. He will also forever value the Department of Agricultural and Applied Economics for its diversity and an open climate that facilitated forming lifelong friendships. In his free time Glauber bikes 3,500 to 4,000 miles a year, including commuting to work—a hobby, he explains, that balances his love of food.

Challenges facing marginalized rural groups—including chronic poverty, competition over land and environmental degradation—are just some of the issues that David Kaimowitz addresses as the Ford Foundation’s director of sustainable development. His efforts include negotiating grants, designing strategies for meeting the needs of particular groups, and monitoring the effectiveness of those strategies. The importance of institutions and property rights was instilled in Kaimowitz during his time at CALS and has proven relevant in nearly every economic problem the world faces, Kaimowitz notes. Kaimowitz misses the “luxury,” he says, that came with being a CALS student—being able to explore new ideas and theories, hear from professors who are leaders in their fields and browsing endlessly through the library stacks. On that wistful note Kaimowitz encourages current students to take full advantage of the enormous opportunity they have at CALS. 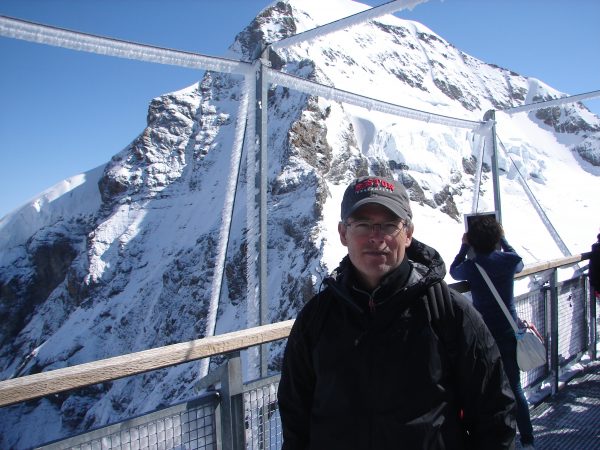 Bruce Larson, a professor of international health at Boston University’s School of Public Health, considers his research on HIV/AIDS and improving health delivery and services in Africa to be among the most rewarding achievements of his career. His experiences in the field also have demonstrated the global presence of CALS. While on sabbatical in Kenya investigating a particular course of treatment for HIV-infected adults, nearly 20 years after leaving Madison, friends he had met while at CALS were living in Nairobi and were instrumental in Larson’s transition to life to Kenya. 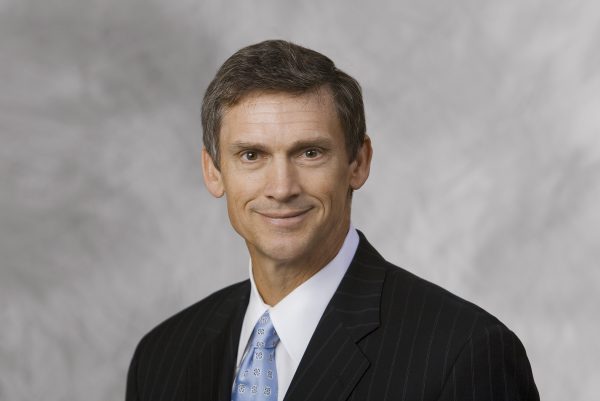 Until retiring in 2014, Jerry Steiner served for a decade as the Monsanto Company’s executive vice president of sustainability and corporate affairs. His goal was to help farmers produce more food while conserving valuable resources throughout the dozens countries in which Monsanto conducts business. His work included ensuring farmers the opportunity to choose new technology, including genetically modified seeds. One of his proudest moments was forging partnerships with the Gates Foundation that led to delivering drought-tolerant corn to African farmers. Steiner worked with CALS faculty to co-found Field to Market, an NGO that brings together farmers, agribusinesses, and food and fiber companies to promote sustainable production. Now based in St. Louis, Steiner returns to Madison every year for Badger football.

As a corn specialist for Crop Production Services, David Welsh works directly with farmers in Wisconsin in an effort to maximize their corn yields and profits. Welsh’s time at CALS proved integral to his future success. While a student, he was able to participate in two internships that helped jump-start his career, in addition to providing him with invaluable work experience. Welsh also was active in Alpha Gamma Rho, a professional agricultural fraternity. Today Welsh enjoys coaching his children in youth athletics and giving back to CALS through his service with WALSAA.

Thomas Wegner currently serves as director of economics and dairy policy for Land O’Lakes, Inc., a position that calls for him to monitor national, regional and state regulatory issues affecting dairy farmers and Land O’ Lakes as a member-owned cooperative. Wegner works alongside cooperative marketing agencies and strives to keep members informed of changes in federal and state milk marketing regulations. While at CALS Wegner developed an economic analysis approach that has proven invaluable as he evaluates the costs and benefits of federal agriculture policies from the perspectives of a farmer-member, a food processor and a government administrator. In his free time Wegner enjoys walking his dog and patronizing the burgeoning microbreweries of Minneapolis.

These alumni represent the depth and breadth of alumni accomplishments. Selections are made by Grow staff and are intended to reflect a sample of alumni stories. It is not a ranking or a comprehensive list. To read more about CALS alumni, go to www.cals.wisc.edu/alumni/

Know a CALS grad whose work should be highlighted in Grow?

Next issue: Alumni who are making theri mark in plant breeding.