Since 1996, America’s farmers have been receiving between $5 and $6 billion each year in federal agricultural subsidies that are based solely on historical crop production levels. That needs to change, says Ed Jesse, an emeritus professor of agricultural and applied economics.

“If you look at what our society wants out of agriculture, it’s more than just protecting farmers’ income,” says Jesse. “People want food security, food quality, food safety, and to protect soil and water quality, and I believe these broader social goals should be explicitly incorporated into our agricultural policy.” 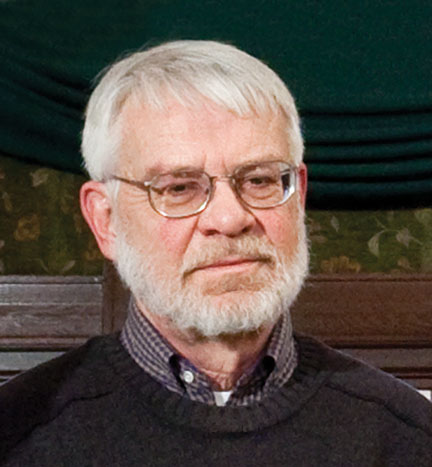 This sort of thing is already being done in Europe, notes Jesse, where farmers receive direct payments each year that are independent of production. To receive these payments, European farmers must maintain their land in good agricultural and environmental condition. “If we want to, for example, prevent further erosion or deterioration of our soils, we could make our direct payments conditional on farmers adopting practices that are known to be sustainable in terms of preventing soil erosion and soil infertility,” says Jesse. “The European Union has shown it can be done.”

U.S. farm policy has taken steps in that direction. The Conservation Security Program, created as part of the 2002 U.S. Farm Bill, encourages farmers to continue good stewardship practices—and to adopt additional ones—on actively farmed lands. This program was expanded and re-named the Conservation Stewardship Program in the 2008 Farm Bill, the first U.S. farm bill to support farmers making the transition to organic agriculture.

But wide-scale reform of crop subsidies is far from universally embraced. Federal crop support programs generally reward farmers based on current or past levels of production with only limited restrictions on farming practices. Commodity groups argue that these programs ensure America’s affordable food supply and protect farmers from market volatility that might otherwise put them out of business. While recent farm bills have imposed caps on direct payments, Congress has so far shown little appetite for wholly dismantling the production-based model.

“I think ag policy has to be an evolutionary process, and I’m pleased to see that it has evolved to the point where these other goals are being considered,” says Jesse. “But I think that perhaps this evolution could be jolted a bit by removing some of the program principles such as direct payments on the basis of either current or historical production levels, and moving that money into programs that will help us meet the broader social goals we want our agricultural system to achieve.”