Ask Jed Colquhoun about the efficiency of our food supply, and he’ll tell you a story about a Wisconsin farmer who last fall watched 40 acres of the most beautiful carrots he’d ever grown die in the field.

“He’d put in the resources to do it, he put in the labor and he had a great growing season,” says Colquhoun, an associate professor of horticulture who works with vegetable growers around the state. “But there just wasn’t the capacity in the system to handle that last 40 acres. So they froze under the snow.” 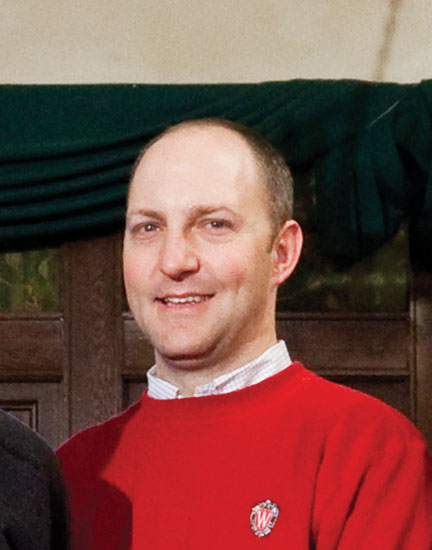 Colquhoun has seen this scenario play out repeatedly: Farmers work tirelessly to coax the most from their lands, but often—especially in years of exceptionally bountiful yields or when weather shortens the harvest window—processing facilities just can’t keep up. And that means a considerable amount of food gets left in the field, particularly after great growing seasons. It’s something that growers hate to see, says Colquhoun. “Growers have a passion for producing food,” he says, “and it is terribly bothersome to them to see any of it left behind.” By Colquhoun’s estimate, that one frozen carrot field could have filled about 3 million 8-ounce cans of carrots.

That kind of waste would seem appalling, especially considering that one in five U.S. children live in households that struggle to put food on the table. But our food system is full of such inefficiencies. An astounding amount of the food we grow—as much as one-quarter of the total harvest, according to a 2000 U.S. Department of Agriculture report—never completes the journey from farm gate to dinner plate. Food gets thrown out at every step, from processing facilities to warehouses to groceries to cafeterias, restaurants and homes. A 2004 study from the University of Arizona estimates that the extent of our food waste may actually be closer to 50 percent—an astounding 50 million tons of food waste each year. By that math, for every American, roughly 1.3 pounds of food are trashed every day.

The problems with this waste are both obvious and subtle. Beyond the missed opportunity to alleviate hunger, leaving food to rot carries an environmental cost. As it decomposes, food releases methane, a greenhouse gas that pound for pound traps significantly more heat in the atmosphere than carbon dioxide. The danger is such that many communities, including Dane County, have begun experimenting with anaerobic digesters to capture the methane from food and convert it into electricity.

But Colquhoun says more can be done to keep food from going to waste in the first place. He has begun working with Second Harvest, one of the nation’s largest hunger-relief charities, to figure out how to route some of Wisconsin’s excess vegetable crop into food pantries. The project is fraught with complexities, namely how to collect and process several tons of excess vegetables in a short window of time. But Colquhoun says the problem is too important to ignore.

“We need to get this food to the people that could really benefit from it,” he says. “We can’t afford to just say it’s too difficult. We need to figure out the logistics and make this happen.”

By some estimates, one-quarter to half of all food grown in the United States never makes it to a dinner plate.