In the growing region around Puno, Peru, farmers hedge their bets.

Located 12,000 feet above sea level, on the side of an Andean mountain, Puno has a growing season that’s short, cool and prone to frost. The staple food of the area is potato, and local farmers plant dozens of different varieties on their plots—some that they relish for their flavor, as well as some less palatable, frost-tolerant types.

In good years everything grows well and families have plenty to eat. In bad years—when there is an unseasonable or particularly hard frost—their preferred plants fail, and they must rely on the small, bitter potatoes produced by the hardy survivors.

Soon, however, they will have a better option. For the past two growing seasons, farmers near Puno and in three Peruvian highland villages have participated in a project to grow and test frost-tolerant versions of their favorite local varieties, with great success. 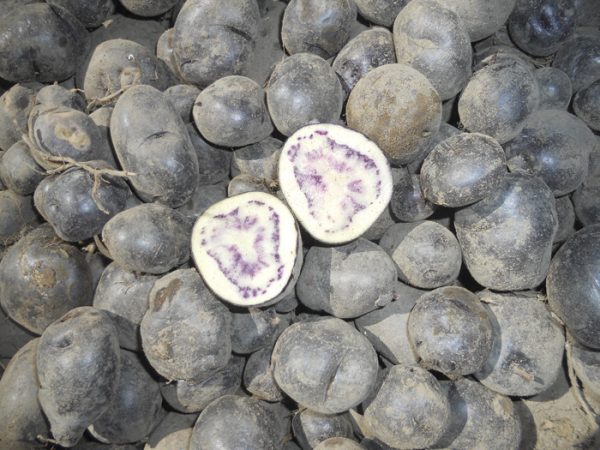 These special potato plants were developed in Wisconsin by a team of CALS plant scientists and plant breeders using germplasm stored in the U.S. Potato Genebank, located in Sturgeon Bay.

“I think this is the first case where a potato developed in the U.S. has been accepted by local farmers in these communities in the Andes,” says project coordinator Alfonso del Rio, an associate scientist in the lab of John Bamberg. As an employee of the USDA’s Agricultural Research Service, Bamberg serves as director of the U.S. Potato Genebank. He is also a professor of horticulture with CALS.

The plant materials used for the project, like the vast majority found in the U.S. Potato Genebank, were brought to the United States from the Andes, the potato’s site of origin. This makes the project a special opportunity for potato breeders in the United States to give something back.

“We’re interested in returning the benefits of our genebank to Peru and the broader Andean region because that’s the area that supplied our country with germplasm,” says Bamberg, who led the project’s breeding effort. Earlier work by CALS horticulture professor Jiwan Palta, the third member of the team, made modern marker-assisted breeding for frost tolerance possible.

Although the new potato lines were originally meant to be added to Peru’s national potato breeding program as germplasm for further breeding, the farmers who were involved in the trials are eager to start growing some of them right away. And no wonder. This past growing season in Puno, after a late, hard frost, a few of the new frost-tolerant lines far outperformed the local varieties, yielding twice as many pounds of potato per plot.

“If the farmers could send part of their harvest to market, even 10 or 20 percent, they could have some money to invest in community development—in things like clinics, schools and libraries,” says del Rio.