In theory, maintaining a healthy body weight should be a piece of cake. There’s just one rule to obey: Calories in must equal calories out.

“That is the equation you want to follow,” says biochemist James Ntambi, who studies the genes involved in fat metabolism.

The problem also turns out to be a piece of cake—too many of them, to be honest. “We are overeating,” says Ntambi. “We are taking in more calories than we need, and the excess calories are getting stored as fat. Once you have those calories stored, it is very difficult to get rid of them. That’s what people struggle with.” 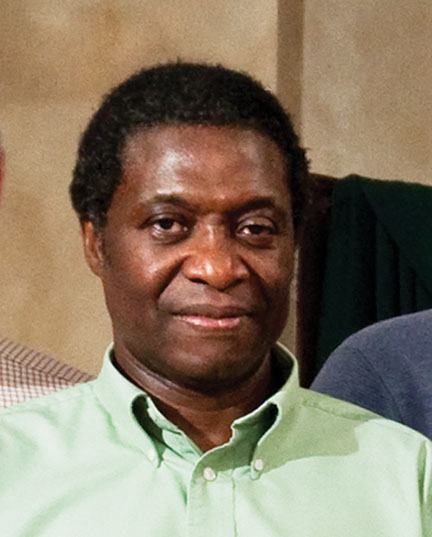 Struggle, indeed. According to the Centers for Disease Control and Prevention, the average American male consumed 132 more calories per day in 2000 than in 1971, while women added a staggering 335 daily calories—a 22 percent increase. It’s hardly a surprise, then, that fully one-third of Americans are now obese. An additional one-third is considered overweight, and many of those are on the path toward obesity, a destination with dire consequences. Although it doesn’t kill directly, obesity plays a significant role in a number of life-threatening diseases, including diabetes, cardiovascular disease, atherosclerosis, hypertension and some cancers. Diabetes alone affects some 23 million Americans, costing the country around $113 billion to treat each year. By 2034, these numbers are expected to skyrocket to 44 million and $336 billion. Experts believe the disease shortens the average patient’s lifespan by five to 10 years.

According to Ntambi, the best way to stop these premature deaths is through education. But the din of trendy fad diets and commercial weight-loss products can be hard to overcome. It doesn’t help that official health messages haven’t been exactly consistent over time.

“Until recently,” explains Ntambi, “people were being told that when they exercised they would lose weight, and so that is what they were doing. But the weight wasn’t going away, and many lost hope.” It’s now widely recognized that exercise increases hunger, and people who focus solely on exercise often eat back the calories they burn at the gym. To lose weight, explains Ntambi, there’s no way around the fact that exercisers must also cut calories.

But Ntambi acknowledges that many people won’t be able to do that alone. He would like to see doctors—who often leave it to nutritionists to discuss the touchy subject of weight control—voice more urgent concern with patients. Likewise, he says parents can do more to teach their children healthy eating habits, something Ntambi is working on with his own kids.

“I say to them, ‘This food is going to be here tomorrow. There will be food here next week. You don’t have to eat so much.’” And that lesson is no piece of cake.

By 2034, some 44 million Americans are expected to have diabetes, costing the country $336 billion a year in treatments.