w Bayer is the co-owner of Country Fresh Meats in Weston, Wisconsin, a family-owned and -operated meat processing plant that’s been in business since 1982 and has 45 full-time employees. Country Fresh Meats sells products to convenience stores all around Wisconsin and distributes out of state as well. Bayer is a longstanding member of the Wisconsin Association of Meat Processors and currently serves as president of the Wisconsin Beef Council. Despite his many years of experience, Bayer found there was still much to learn in the Master Meat Crafter course. “It’s helped me work on efficiency in our process, along with maintaining or increasing the quality of the product,” says Bayer. “It’s also helped on developing new products and trying different things.” Bayer thanks the Master Meat Crafter course for inspiring him to start producing Genoa salami and Sopressata, to name a few examples.

Jennifer Dierkes is the general manager and one of three owners of McDonald’s Meats, a market and meat processing facility in Clear Lake, Minnesota. She began her career there in 1990 washing dishes while she was still in high school. “I have been part of helping grow this business from a very small butcher shop with a staff of five to a full-service meat market with 35 employees,” she says. Her favorite part of her job is the process of creating new products and helping staff grow and learn new things, she says—and her experience at CALS has enhanced those efforts. “The Master Meat Crafter course has helped immensely in my work. I learned much more about the science behind what we do every day. When you know that, troubleshooting the problems that arise becomes much easier.”

Vance Lautsbaugh is the production manager at Crescent Meats in Cadott, Wisconsin, where he deals with everything from scheduling day-to-day operations, HACCP/meat inspection, product formulations, employee training and troubleshooting when problems arise. “I enjoy being the manager and that everyone respects my judgment, but my favorite of my job is making new products and formulations,” he says. “Making the best quality products that I can and hearing compliments from the customers when they try them is what drives me.”

Lautsbaugh finds that the Master Meat Crafter course helped deepen the knowledge and interests he’d developed as a food science student at UW River Falls. “This class has helped me in so many ways, but most importantly it has given me more confidence when talking to customers and employees. Because I understand what is happening to the meat at all stages of production, I can explain it and teach others what I know.”

As the president of Louie’s Finer Meats in Cumberland, Wisconsin, Louie Muench has a lot on his plate. Besides being the head sausage maker, Louie oversees and manages all aspects of the business. His favorite area is product development as he has more than 100 kinds of brats. The Master Meat Crafter program increased Muench’s networking capability with both suppliers and alumni, which gives him more exposure and support when trying new methods and learning how to expand his business. When he isn’t working, Muench enjoys cross-country skiing, hunting and fishing in the north woods.

Reams owns and operates RJ’s Meats & Groceries in Hudson, Wisconsin, working alongside his wife, Anne, and sons Anthony, Aaron and Joe. RJ’s is a full-service retail meat market and producer of many varieties of sausage, ham, bacon and salami. While he originally started with fresh meats, Reams now really loves making sausage. The Master Meat Crafter program helped Reams immensely in two ways: it helped educate his staff in food safety and why things are done certain ways, and it got him making Italian salami with wine, a product that is now shipped all over the United States. In his free time, Reams enjoys fishing and learning more about the meat industry.

Jake Sailer co-owns Sailer’s Food Market and Meat Processing Inc., in Elmwood, Wisconsin, along with his father, mother and his wife, Leslie. As a fifth-generation meat cutter, Sailer has great expertise in the cured and smoked meats that he produces. He’s won numerous awards at state, national and international levels with such products as bacon, hams and smoked beef. The Master Meat Crafter program has given him a better understanding of the science behind the meat processing and has allowed him to grow relationships and friendships with others in the industry. When he’s not working, Sailer enjoys spending time at a cabin with family and friends, flying an airplane and cutting wood.

Ashley Sutterfield is an associate manager of sales development at Tyson Foods, Inc. in Bentonville, Arkansas. In this role, she manages projects as a liaison between the customer, the Tyson sales team and their internal business units. Sutterfield’s favorite moments are when she can translate her scientific knowledge into lay terms for the people she works with. Some of that knowledge came from the Master Meat Crafter program, which Sutterfield says was “invaluable to my career as I developed as a meat scientist and made connections within the industry.” In her free time, Sutterfield enjoys traveling, advocating for the tiny house movement, and training for Ironman Wisconsin 2016. 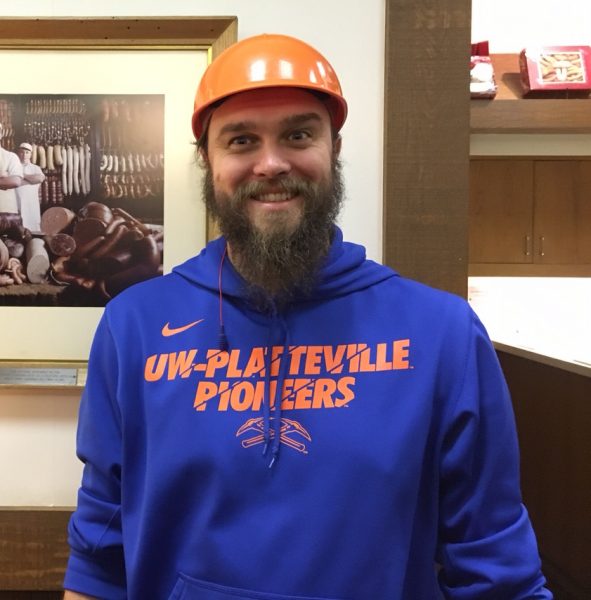 As a supervisor in the sausage production kitchen at Usinger’s Famous Sausage in Milwaukee, Wisconsin, Swart is responsible for setting up the product flow and making sure all the production is finished for the day. He started working for a smaller sausage company during summer breaks from school and collected experience and knowledge there before moving to Usinger’s. Swart enjoys being able to share the reasons why they do things in a particular way—information he learned by taking the Master Meat Crafters program. In his free time, Swart likes to play bass and listen to music.

Kelly Gall Washa is the owner and operator of Grand Champion Meats in Foley, Minnesota, which processes beef, pork, buffalo, alpaca, deer, elk and other wild game. She is a second-generation meat cutter who is accomplished both in cured and smoked meats, including snack sticks, jerky, summer sausage and Braunschwieger. She is a past president of the Minnesota Association of Meat Processors and enjoys making and maintaining industry connections. When she’s not working, Washa loves spending time with her two children and looks forward to training a third generation of meat cutters.

These alumni represent the depth and breadth of alumni accomplishments. Selections are made by
Grow staff and are intended to reflect a sample of alumni stories. It is not a ranking or a
comprehensive list. To read more about CALS alumni go to www.cals.wisc.edu/alumni/

Know a CALS grad whose work should be highlighted in Grow? E-mail us at grow@cals.wisc.edu