Which is better for you—a tomato or an Oreo?

Most of us would answer “tomato” without hesitation. But how do we know? Is it instinct that tells us to heap on the tomato slices and be wary of too many Oreos? Experience? Or something else—the vague lessons we retained about fats and sugars and some substance called lycopene?

Anyone living and eating in the United States tends to absorb a fair amount of food science, much of it through health claims made by various food products. Authors such as Michael Pollan often rail on this mindset, arguing that we rely too much on a food’s nutritional profile—and not enough on common sense—to tell us whether foods are good for us. But that’s no reason to turn away from the chemical roots of nutrition, says CALS food scientist James Steele. 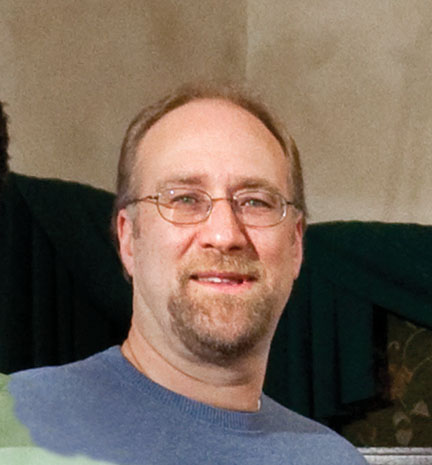 “There’s some nostalgia for not wanting things to get too complicated, and to just say tomatoes are good for you,” he says. “We need to understand (what makes foods healthy) so that we can control the beneficial properties of foods all the way from the breeding of plants through the manufacture of processed foods.”

As the birthplace of vitamin research, CALS has significant history in that endeavor. Scientists such as E.V. McCollum, Conrad Elvehjem and Harry Steenbock made links between micronutrients and human health, leading food companies to fortify staple products such as salt and milk with key nutrients and wiping out diseases such as rickets and pellagra in the process.

But we’re not done discovering the good stuff in good foods. Scientists now are tracking down phytonutrients—tiny chemicals found in plants that have been shown to ward off the deleterious effects of aging and fight diseases such as heart disease and cancer.

“We’re at the point of trying to identify bioactive, health-promoting compounds that are naturally present in foods—whether it’s tomatoes, onions or garlic—in order to be able to breed cultivars that have higher levels of these compounds and to find ways to retain those compounds during food processing,” says Steele.

Steele believes such phytonutrient-rich foods will play an increasingly important role in the treatment of chronic diseases in the coming decades. “How do you deal with diseases that are longer and slower in developing? Diseases like cancer or hypertension?” he asks. “They’re not going to be solely food-solved, but food is going to be a component. Lifestyle, exercise and food will all play a role.”

At this point, medical scientists still have a long way to go to understand how chronic diseases work at the population and individual levels. Likewise, food scientists must identify and assess the hundreds, if not thousands, of phytonutrients that remain to be found in fruits and vegetables.

But when these two lines of inquiry converge down the line, the results could be extremely powerful, giving doctors the ability to prescribe custom-designed, disease-fighting diets based on a patient’s individual genetic makeup. So while an apple a day might keep the doctor away for one patient, for you, it might be a tomato.